Marshal of Edenmore; The Sensei

Turi has long, dirty blonde dreadlocks and a long braided beard. Hes is normally seen wearing earth colored robes. Turi spends most of his time outside. He is always eager to help others or offer up advice. He is usually found meditating by his garden.

Turi was originally born in the city of Restov. When he was only two years old, his parents took him on a trip to the northern Gronzi Forest. During their journey, Turi’s parent’s were jumped by bandits. His parents were murdered in cold blood. The bandits took all of their goods and left Turi to die. He cried all night. As dawn was about to break, and old man walking though the woods heard his cries. The old man picked him up and took him to his hut. The old man’s name was Maoilios Corann.

Maoilios was a hermit druid. He worshiped the god Gozreh. As Turi grew up under his care, he taught Turi the ways of the druid and the ways of Gozreh. He taught him to love all animals and to fear all humans, as they destroyed Maoilios’s druid clan. As Turi grew older and stronger, Maoilios gave Turi his name. Turi Corann, The Mythical Bear Druid.

When Turi reached the age of 23, Maoilios sent him on a spirit quest that took him to the far reaches of Brevoy. This quest took over a year’s time. When Turi finally returned, he found his lair empty, Maoilios gone. Turi was distraught. He had no idea what had happened, or when. While he was looking through everything to try and find a clue, he found a pendant. This pendant was silver and had a stag pressed in to it.

Turi knew nothing of this pendant. He did recall Maoilios telling him about a city to the south. Turi feared the cities, but knew that someone down there could tell him about the pendant. When walking about the city, a passerby told Turi about the the southern lands had been stolen by men wearing that same pendant! Turi questioned the man and was pointed in the direction of a recruiter. Turi was then recruited by the swordlords to map out the southern lands. Turi knew that he would be able to find his master’s killer this way.

Turi met up with other adventurers in Oleg’s Trading Post. Turi was never a people person, but he made nice with these new people. Oleg’s wife, Svetlana, quickly met the attention of Turi. As the party began adventuring, Turi started to make friends with these odd folk.

Over the course of the adventure, Turi faced many hardships. Any animal companion he had at his side would perish quickly at the hands of his foes. When they finally reached the Stag Fort, Turi stayed back as he thought he had devised a plan. He was going to turn into a beautiful dragonfly and swoop over the walls, taking out anyone he saw! Turi thought he went through with this plan, however, he shortly realized that it was a psychotropic flashback from his moon-radish induced spirit journey he took the previous week.

Turi ran into the Stag Fort just in time to heal his new comrades. The crew finally took down the Stag Lord and Turi’s personal mission was complete. After the mission was done, Turi went to meditate and speak with his god, Gozreh.

Gozreh told him that he was never meant to be a druid and his animals were dying because his bond was not strong enough. Turi was instead meant to be a Monk and serve Gozreh and his fellow man. At the moment, Turi was bestowed with great knowledge and wisdom. Gozreh then gave Turi the title of Sensei.

Turi reconvened with his group to find out that they were to make the Stolen Lands theirs, and they need Turi’s help. From that moment on, Turi was now known as 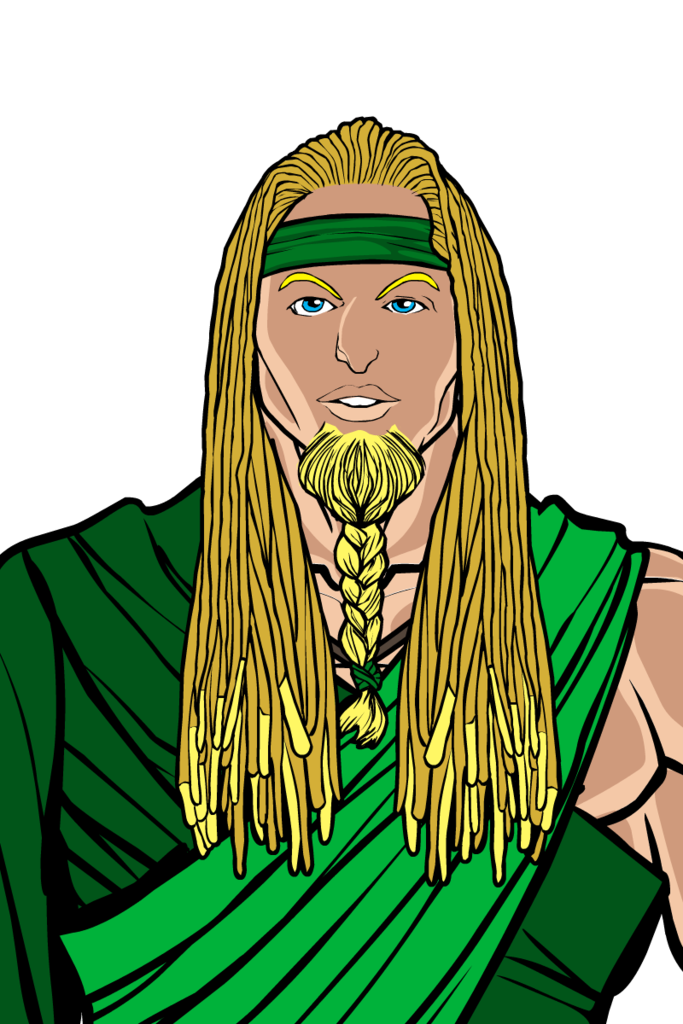